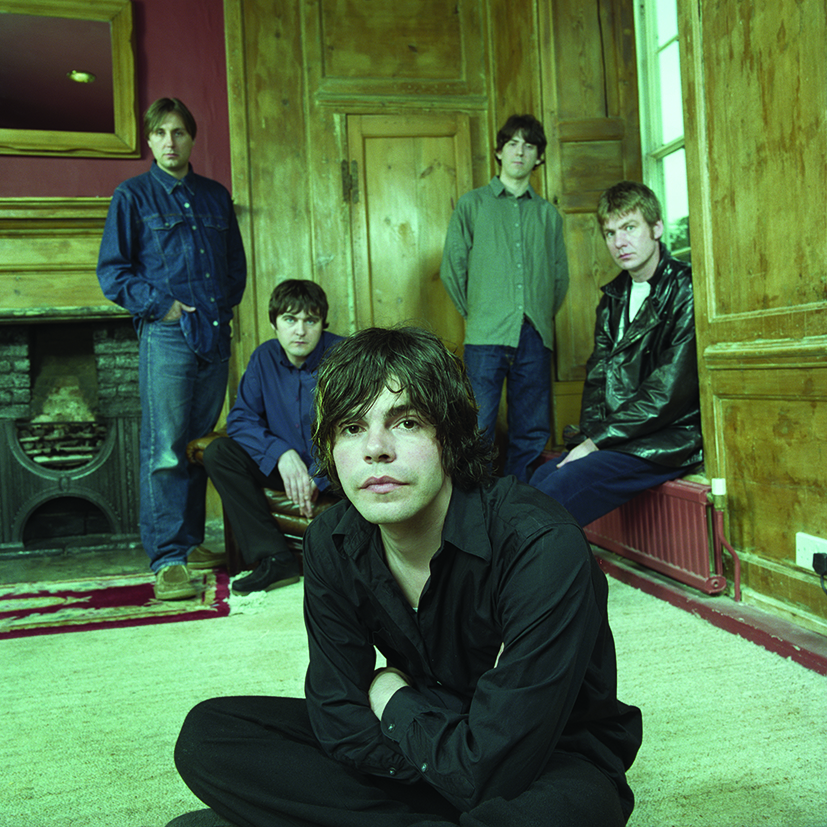 On Monday, March 16th 2015, The Charlatans played their longest-ever gig at the London Camden Roundhouse. Ending, as their gigs always do, with the glorious Sproston Green, it was two hours that proved the songs from twelfth album Modern Nature sat cooly alongside classics from the bands’ 27 year history. Tim Burgess says that the Roundhouse gig marked the high point of the band’s return, the place where they hardly believed they’d be able to get to: “There was no agenda, so everything grew from nothing to all of a sudden playing at the Roundhouse and we’ve got Jim Paterson from Dexy’s playing the trombone, we’ve got the girls as backing singers.” He laughs, “all of sudden we sound like Talking Heads in Stop Making Sense.”

Modern Nature was the eighth Charlatans album to enter the British top ten, hitting number seven in the week of release. All four singles from the record, ‘Talking In Tones’, ‘So Oh’, ‘Come Home Baby’, ‘Let The Good Times Be Never Ending’ were A-listed at BBC 6Music and featured on playlists at Radio 2, XFM and Absolute Radio. In October 2014, the Charlatans were given a lifetime achievement award by Q magazine, the icing on the cake after journalists wrote glowing reviews of Modern Nature across the UK and international press.

Reflecting on the past twelve months and the long process that brought The Charlatans to this point, Burgess says that though the band were confident that they’d made one of the best records of their career, “until something happens you never really know. But it’s gone as well as we could have hoped.”

It’s not like they had an easy ride, however. The shadow of the death of their dear friend and drummer Jon Brookes after a long battle with brain cancer in August 2013, hung over Burgess, Mark Collins, Martin Blunt and Tony Rogers. Modern Nature was all about doing right with by memory. “Jon was adamant that there was going to be another Charlatans record, and you have to put that into your own thoughts,” says Rogers.

Looking back now, Burgess says that Modern Nature has “transcended being an album about death, about a tragedy. It’s gone beyond that now, which is everything that Jon could have hoped for. He wouldn’t have wanted it to be about something as final as death.”

What Modern Nature is about is soul. Collins says that “There was a soulful element that we all agreed on. Martin in particular wanted to make a soulful record. It’s quite a big word isn’t it, soul?” Burgess agrees that it was a difficult challenge for the band to set themselves. “What is a soulful record? It’s all the fibres of everybody’s being. It’s not a cliché and there are no obvious reference points. It’s just everyone’s spirit.”

As well as Blunt’s determination that the group record a soul album, Burgess was keen to try and capture some of the fire that first bound them together nearly three decades ago – not to go backwards, but to inspire them to create a fierce new energy: “we put everything into it. Everything that we did was something new. I was really inspired by our first record, because then we were doing everything for the first time and there were no reference points.”

United in Big Mushroom with Jim Spencer at the controls, The Charlatans were determined to make a positive, upbeat record. “We were aching for the summer when we wrote it” says Burgess. “It was freezing and we were trying to write songs that made us happy. “

Music that the band were listening to in the studio and their sitting room, a huge space wallpapered with photographs of mountain scenes, included Arthur Russell’s Let’s Go Swimming, Brazilian funk, Northern Soul, William Onyeabor, Serge Gainsbourg with Jean Claude Vannier “weird, electronic, Moog-sounding things”, Curtis Mayfield and “a lot of stuff with decent basslines. We were all dancing to Maxine Brown, ‘Right Back Where It Started From'”.

The band all agree that despite the “big negative” of their loss, the aim was always to try and transcend tragedy while remembering their old friend. Jon Brookes is given songwriting credits on the album, and his drums remained where they were in  the studio, tuned exactly as he left them. Blunt is quick to credit Brookes for his input in the direction the band were taking from 2001 album, Wonderland. “Jon did start bringing in loops and things, trying to be that Man Machine.”

The three temporary Charlatans drummers – Pete Salisbury of The Verve, Stephen Morris of New Order and Gabriel Gurnsey of DFA’s avant-disco group Factory Floor – had to turn up and record parts based on drum machine loops on Brookes’ kit. “Gabe reckons he got a slap,” says Mark. “Halfway through a take he stopped drumming because he felt a smack on the back of his head. Nobody is saying we believe in things from the other side, but….”

The result is The Charlatans’ most confident, effortless, light album for years. Mixed by Craig Silvey (Arcade Fire, Portishead), its title comes from the avant-garde filmmaker Derek Jarman’s diary collection, a copy of which fell on Burgess’ head as he worked on solo material with psychedelic electronic folk group Grumbling Fur. First out of the traps is Talking In Tones, to come out as a limited edition 7″ via The Quietus website’s record label, which launched the career of East India Youth and earlier this year released Grumbling Fur’s critically acclaimed third album. It builds out of wheezing, popping rhythms into a graceful, understated and strange pop song about telepathy in relationships, the title for which came to Burgess after a walk through the streets of London.

In Modern Nature, The Charlatans have achieved that rare feat of making a gigantic step forward without losing what made them so special in the first place… and they’re still looking toward the future too. Tim Burgess says that they’re already itching to get started on a follow-up to Modern Nature: “The idea is to go and make another record quite quickly. It’d be great to do one while the feeling is so good,” he says. And, as Tony Rogers promises: “the best is yet to come”.