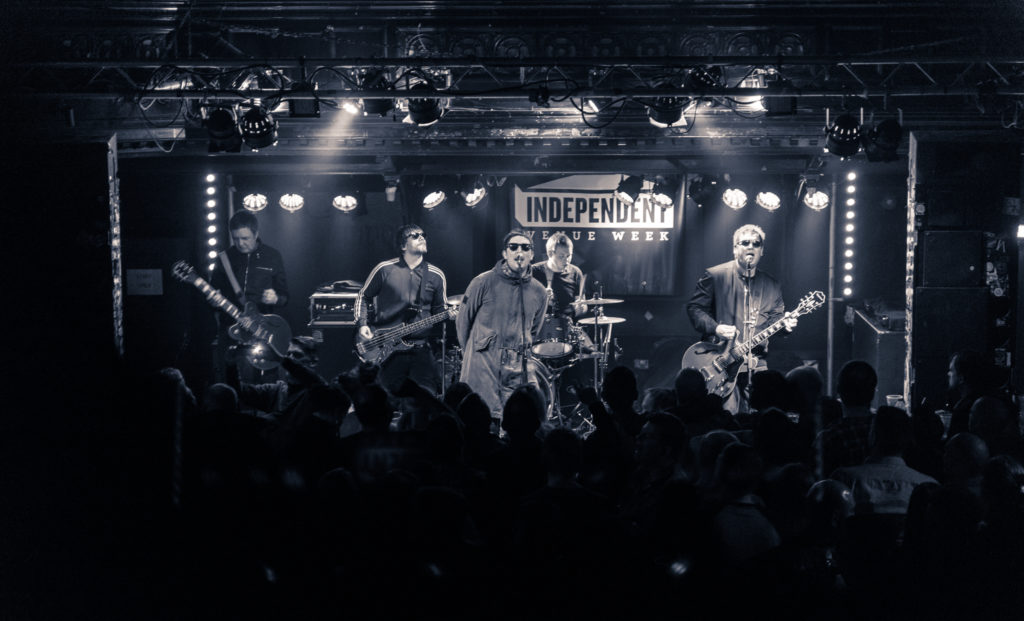 “A Supersonic Show Of The Very Best Oasis Anthems”

The Definitive Oasis Tribute Band. Noasis is the definitive tribute to Manchester’s super group Oasis. Formed back in 2006, the band tours extensively and has performed more than one thousand shows to date. With obsessive attention to detail Noasis recreate the real Oasis experience playing all the classic songs as if they were their own, this is more than a tribute band, this is Oasis from a parallel Universe.

“Your performance went down a storm” and we’ve had lots of positive feedback, so thank you and congratulations” – Ben Harris, Commercial Executive, Saracens Rugby Club

Noasis performed Live on the Chris Evans breakfast show to great acclaim from the legendary DJ. The band has also performed at Carfest “North” and “South” Festivals for BBC Children in Need.

Noasis performed Live at Wembley Stadium to a sell out crowd prior to Saracens vs. Harlequins game.

Noasis has performed regularly at the legendery Isle of Wight Festival since 2013. The band opened the festival in 2015 to 10,000 people in the Big Top marquee.

Noasis performed six songs Live in The Queen Vic for a 2015 Christmas episode of Eastenders.