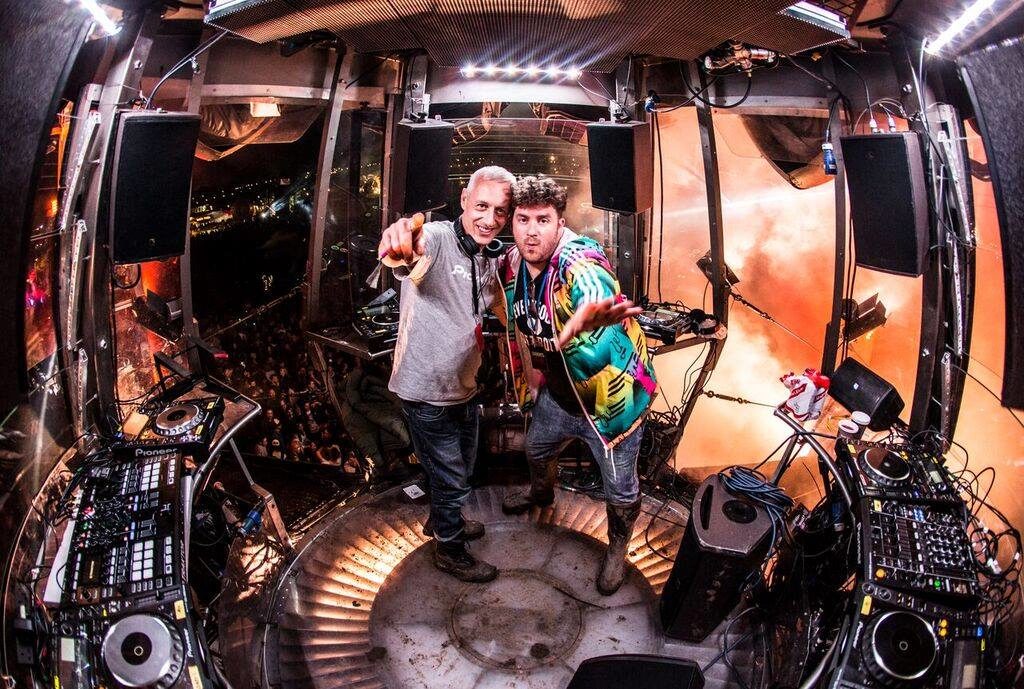 Ellis Dee was only 15 years old when he first DJd at parties and small venues. In 1987 the UK woke up to find Acid House was the new music for the underground club scene in London. At first, the young DJ hated it but he went to a club called Future one night and saw the effect the music (and other things) were having on people and was totally won over. Soon after, he and his friends were running their own warehouse in a garage in South London (The Rave @ The Cave) until it became one of the Metropolitan Police forces first acid house raid’s, Codenamed Operation Dica (Acid backwards).

During that year he had assumed the DJ name “Ellis Dee” and was gaining a huge reputation as a floor-filling DJ. It was about this time that he met up with the Ratpack and guest Dj’d at their legendary “Trip City” underground  warehouse  parties in central London. Ellis Dee was here to stay, and played at Rage (Charing Cross) in London on a Thursday night alongside Grooverider & Fabio, Trevor Fung, Carl Cox, Colin Favor, Colin Dale, Paul Okenfold, the list goes on.

The same year, he began a 2-year career as a pirate radio DJ on Sunrise Radio.

The Dungeons in London was a night that was part run by Ellis Dee that came to be known as one of London’s underground venues. In 1989, he made his first production with future Breaks label boss Rennie Pilgrem, Nick Newton & Richard Thake, as “Rhythm Section”.

In the early 90s, he was headlining at all of the major events like Telepathy, Raindance, Fantazia, Perception,World Dance and every club up and down the country in between and was standing equally alongside DJs like Carl Cox and Grooverider. His mix tapes from those events are sought-after classics.

He also had the recording identity “Ellis Dee Project” which produced classic tracks like “Rock To The Max” and “Desire”. The Criminal Justice Act of 1994 effectively finished off the UK rave scene.

Ellis was touring Florida with Breaks guru Rennie Pilgrem at this time but his career in Breakbeat had to wait for a few years because the demise of rave music left the field open for the other big music scene of the time, Drum n Bass, and Ellis Dee was set to slip seamlessly into becoming one of the UKs best-known Drum n Bass DJs, as well as running his own D n B label, Collusion Records, with partner DJ Swan-E. Also at this time (1995), he & Swan-e produced/remixed “Where Did I Go Wrong” for UB40.

By the late 90s, Ellis Dee had shifted his interest to Breakbeat and had launched a Breaks label “Point Breaks” with his partner Syrus (while still running the Collusion label).

He had also teamed up again with Westbury stablemate Rennie Pilgrem and was releasing product on Rennies TCR (Thursday Club Recordings) label, including (2003) mixing the critically-acclaimed “Hedonizm” album (the third in TCRs “izm” series).

From Acid House to Hardcore to Drum n Bass and, most recently, Breakbeat, Ellis Dee has ridden each club wave. He currently divides his time between DJing, working in the studio with DJ Twista and running a course teaching DJ and production skills.